Following Antony Black’s promotion to Technical Director of Zeus Technology Solutions, we interviewed him to learn a little bit more about how he rose from a graduate developer with Zeus to leading the technical direction of the company.

As Technical Director you have a complex role that incorporates a lot of specialist tasks. How would you describe this job to someone who is not a tech expert?

No day’s ever the same. Every day there’s something different. What I’ll do is I’ll meet with clients and they’ll say something like “I want Proclaim to do this” or “I’ve got an issue, I need help in solving it, how do I do that?”.

So essentially the main part of my role is assessing the goals of the user and what they want to do and having a look at what technology is available for them to complete their end goal. We look at what’s possible, what isn’t possible, what will make their processes slicker and what we can develop for them. And then we find the tech that will do all that.

Obviously there’s loads of other stuff like managing the team internally and putting processes in place for how we work and other things like that as well.

What sort of things have clients asked for that you’ve delivered?

A good example is the click to dial software that we built to enrich client engagement and create a slicker process in identifying who’s calling. We’re expanding that out right now to essentially have a sort of call forwarding.  So what I mean by that is, say you called in and I was the fee earner on your file, you would get automatically redirected to me. Or if a client hasn’t signed up, it might go directly to the client engagement team who specialises in getting that client signed up. That was all built from a client request.

Another is the Alexa integration that we did for a client. They came to us to see if we could do it. As far as I’m aware we weren’t the first people in the law industry to create Alexa skills, but we were the first for a conveyancing firm.

What’s your biggest achievement to date?

I mean one of the biggest achievements for me is obviously becoming the Tech Director here and just working my way up from being a graduate. I joke about the suit not fitting me but that’s actually something that the team always used to say to me.

But pushing myself, working my way through the ranks, getting myself up there, that’s all of it. Obviously I’ve done lots during my time here – the Alexa stuff, phone integrations, I’ve plugged into numerous different systems & software, optimised workflows, done implementations.

Working in different time zones was a big one – I used to get up at 2 in the morning to design case management system for Australian lawyers! I’d wake up, do the flow designs and things and pass them to the team before finishing at 11 in the morning. Then I’d be down at Crosby Beach with the dogs for the rest of the day and go to bed at some stupid time in the early evening.

When you think about it that’s mad. I suppose at the time you don’t think of it as being an achievement just because it’s just something you do – you just get on with it!

Now you’re in a new position, what are you hoping to be able to achieve?

It’s hard to answer that because Zeus is a bit different than other firms. Even though I’m in this great position now, it doesn’t mean there’s any new roads to go down that were blocked before. There’s always been chances to set a new direction and do different things, that’s just how Zeus is.

I think in other software companies you can get pigeonholed to just doing X,Y,Z and there’s no progress. Zeus is the complete opposite, they encourage learning, they encourage pushing yourselves and trying to achieve the very best that you can achieve.

What advice would you give to a new starter joining Zeus?

The more you put in, the more Zeus will invest in you. People who go above and beyond are always recognised for doing so. I’m not the only example of this, we have others, for example Josh joined the comms team as a graduate and has pushed up to being a developer.

Zeus really invests in our staff and Ste Lucas [Zeus’s Managing Director] is open to any ideas from anyone on the team. If you come up to him with some mad idea, he’ll still hear you out and talk it through with you.

Yeah I worked with Ste when I started out and he was the IT manager. He was promoted to IT Director and I was promoted to Developer. I’ve almost chased him up the ladder.

But the thing about Ste is that he’s not a grumpy IT manager who will sit there and tell you to get your job done – he gets involved with the team. He makes things interesting and fun. He still talks like the rest of the team, even though he’s the Managing Director and doing everything that involves. He’s almost been a role model to me while I’ve been working because he’s always assisted everyone else even when he wasn’t Managing Director. He drove home that to be the best at this job is not just about understanding IT, it’s understanding that that person over there doesn’t understand IT and you have to be the person that interprets that to them.

One of the first calls I did with a client I started listing a load of technical jargon. Ste encouraged me to break that down for people, and now I think that’s become the difference between Zeus and other tech firms – when you talk to us you don’t get the tech waffle, you just get spoken to like you’re a human being who might or might not get these sorts of things.

If you were an animal, what animal would you be?

If you could switch jobs with anyone in the world, who would it be? (And it can’t be Ste Lucas)

It wouldn’t be Ste! His job’s too stressful.

Sophie’s uncle because he’s a gardener. He tends all the gardens in Liverpool, he knows every flower name by the Latin name. I’d love to do something like that. But I’m afraid of spiders.

Or I’d like to do something with fish, like a marine biologist. Like Jeremy Wade! That’s probably my guilty pleasure as well, Jeremy Wade. He went down below the sea as part of the last River Monsters. I’d like to do that. That’d be a laugh wouldn’t it, being Jeremy Wade? Going round everywhere and fishing in the Amazon and being like “I’m just going down this Chinese canal that I’m not allowed down.

But I can’t swim.

I’ve had fantastic opportunities at Zeus to grow and to have a good career. I think if there are any fresh faced young developers out there who are just like I was when I started then the smartest thing you can do is to get in touch with Zeus and see what opportunities we’ve got for you.

Because Zeus is an outsourcing company we work with a plethora of different companies so you’ve got the opportunity to work with a lot more different technologies than you would as an internal member of staff somewhere, and you get exposure to the way a lot of different places work.

So get in touch and join our team!

We sat down with Josh Kennerley, Case Management Systems Developer at Zeus,who has successfully risen to a full developer in just a few months 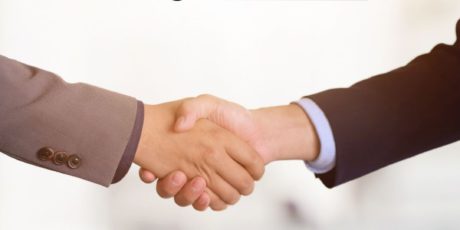 Zeus has partnered with VirtualSignature