How would you describe what you do to someone who isn’t a tech expert?

I’m a senior .net developer at Zeus. Essentially my job is to build solutions for a client who comes to us with a problem or issue that they want to address. It’s our job to come up with some sort of solution that will meet their requirements.

That could be creating workflows for them to better use Proclaim, it could be simple needs like making a site that needs to display information – there’s quite a range of things.

So are you in contact with the client or do you get work sent to you?

It tends to trickle down, someone will be talking to the client and then will allocate the work to the developers depending on what sort of thing they’re looking for. Then we’ll try and action that plan.

Usually it goes by tasks. So for example if one of us has more knowledge on some sort of issue then it might get allocated to them. Or it could be the case of having a 5-10 hour job so we split that over a few people, say 3 hours for yourself, 3 hours for someone else. It just depends on what kind of issue and task it is.

You must have some big projects to work on then?

Yeah I mean I’ve only been here a short while but already I’m working on a massive project that in total I think is about a 600 hour job. So I’ve jumped in to support the current developer who was working on it. I’ve taken on certain milestones and between us we divvy up the tasks and work out how to allocate the time best.

That’s a big responsibility in your early days.

Yeah it’s been good. It’s been interesting jumping straight into it. It’s a total custom build with lots of little interesting bits like exports and implementing Proclaim into projects and straightening up certain workflows around cases and referrals. We’ve just been cracking on with it.

How did you come into Zeus?

I’d jumped around a few different agencies across Liverpool and Manchester – always working in .net and specializing myself around that with a load of different CMS’s. But Ryan introduced me to Zeus and told me about how he worked and that he was really enjoying it. So when he told me they were looking for another developer I knew it would be a good place to join.

He introduced me to Ant and Ste and after a couple of chats with them I came on board.

How have you found joining the team?

Yeah I’ve been trying to integrate myself in the team in the short time I’ve been here and the whole team’s been so nice and welcoming as well as helpful in getting me up to speed with what they’ve been doing. Obviously I’m thrown straight in with contributing to a huge job while getting to grips with how Zeus works so that’s been a good challenge. I’ve already learnt a lot in the time that I’ve been here.

Obviously the current circumstances must make it difficult to join a new team. How have you found that? Have you been in the office? Have you met many people?

I’m currently working from home but we have project scrums every morning and conversations on Teams and on phone calls. So I’ve been getting to know everyone on the team and what they do and what knowledge they’ve got.

I’ve met a couple of them in person too, we caught up for a meal last week so that was good.

What are your goals as part of the Zeus team?

I guess to just help streamline some processes and speed up production so we can keep improving the quantity of our work without losing the quality.

What would you say is the best part of working for Zeus?

The freedom. I can have conversations in the morning with the guys and we can discuss the jobs for the day and then I’m just left to get on with the work without someone looking over my shoulder or checking up on how I’m doing everything.

If you were an animal, what animal would you be?

My minds trying to go to random ones to stand out, but I’ll just go with lion. The top predator. Top of the food chain!

If you could switch jobs with anyone else in the world, who would it be?

There’s the obvious ones like Jeff Bezos or something but I don’t know if I’d want his actual job. I don’t know what that involves. It could be manic.

Maybe an ice cream man. You’ve not got much to do, you just sit around all day serving ice cream to kids. Yeah one of those that just sets up in a park so he just sits there all day. Not much to do, just enjoy the sun.

I don’t really. My guilty pleasure used to be Hollyoaks but I haven’t even watched that in the last 6-7 months. So it’s not really a guilty pleasure any more. I don’t even know anymore.

Take every day as it goes. And try to enjoy yourself, there’s no point taking life too seriously. 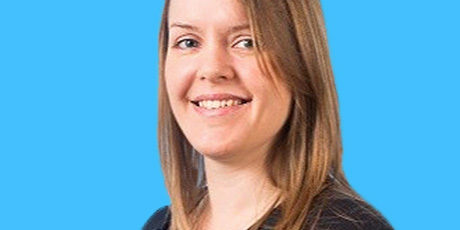 We spoke with Hayley Marsden about joining Zeus Tech Solutions and what it is like to work for us. 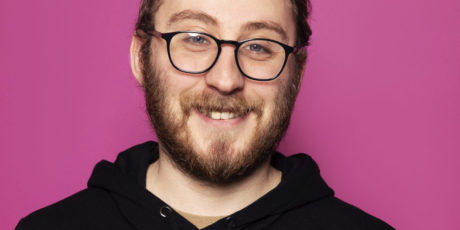 We spoke with our senior .NET developer Michael Biggs about joining Zeus Tech Solutions and what it is like to work for us.